Bike and Bus to Buffalo

If you’re like me, sometimes you just wish you had your bike with you when you’re exploring a new place. Well, I’m happy to report that Sam and I decided to make this happen on our recent trip to Buffalo. Want to know how to do it? It’s easier than you think! 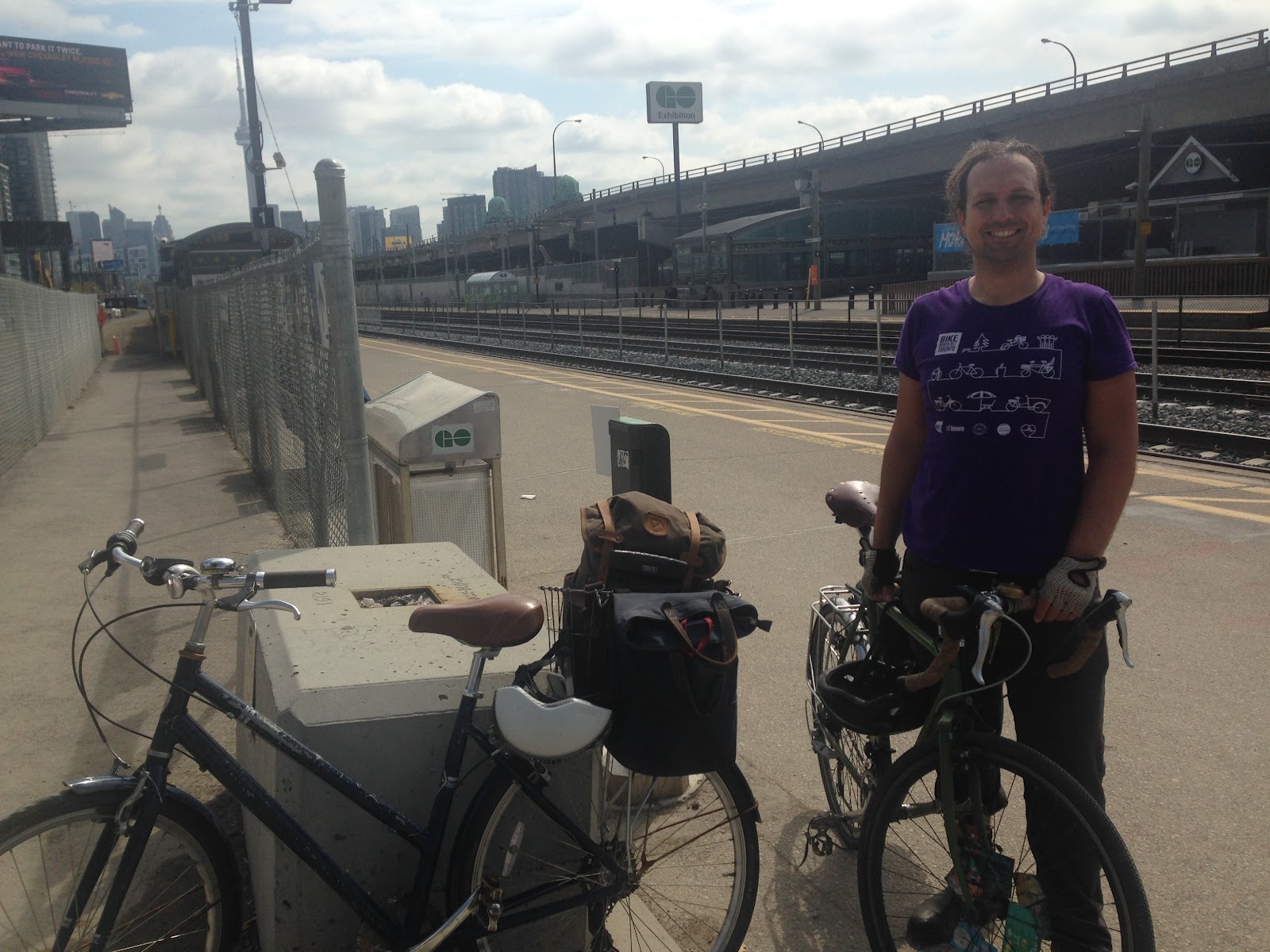 We packed lightly with backpacks and panniers and headed to Exhibition Station. While departing from Union Station is totally doable, starting somewhere outside the morning rush on a weekday was much less chaotic. 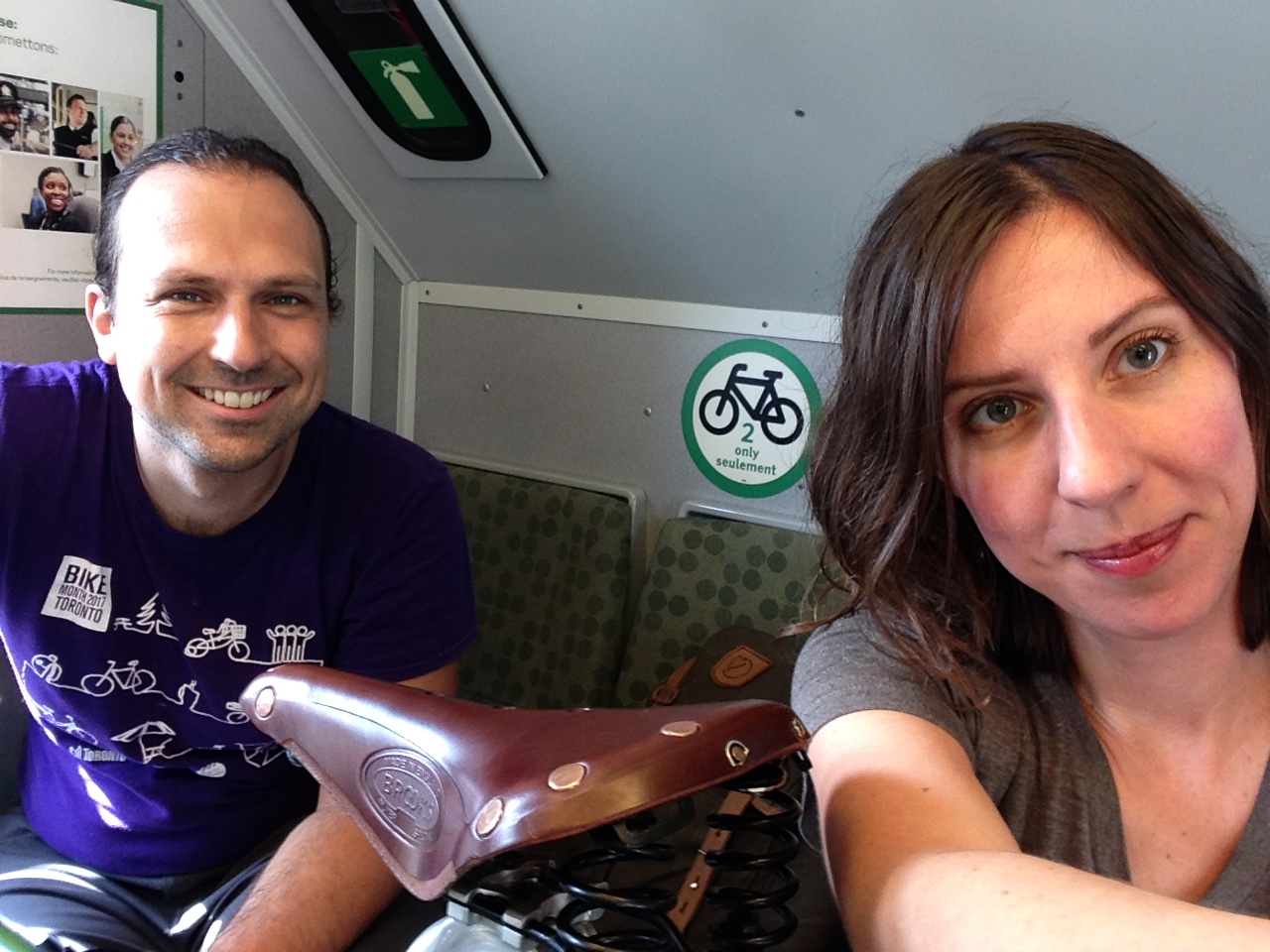 We took the 10:50 AM Lakeshore West GO Train where two bikes are allowed on each car outside of rush hour. Unlike VIA Rail, there is no additional charge to bring your bike on the GO.

We transferred to the GO Bus at Burlington Station heading to Niagara Falls. There is seasonal train service on the weekends all the way to Niagara Falls, but we were travelling on a Friday and the bus was an easy transfer. There were elevators to move your bikes and things around, but in this instance we used the stairs. 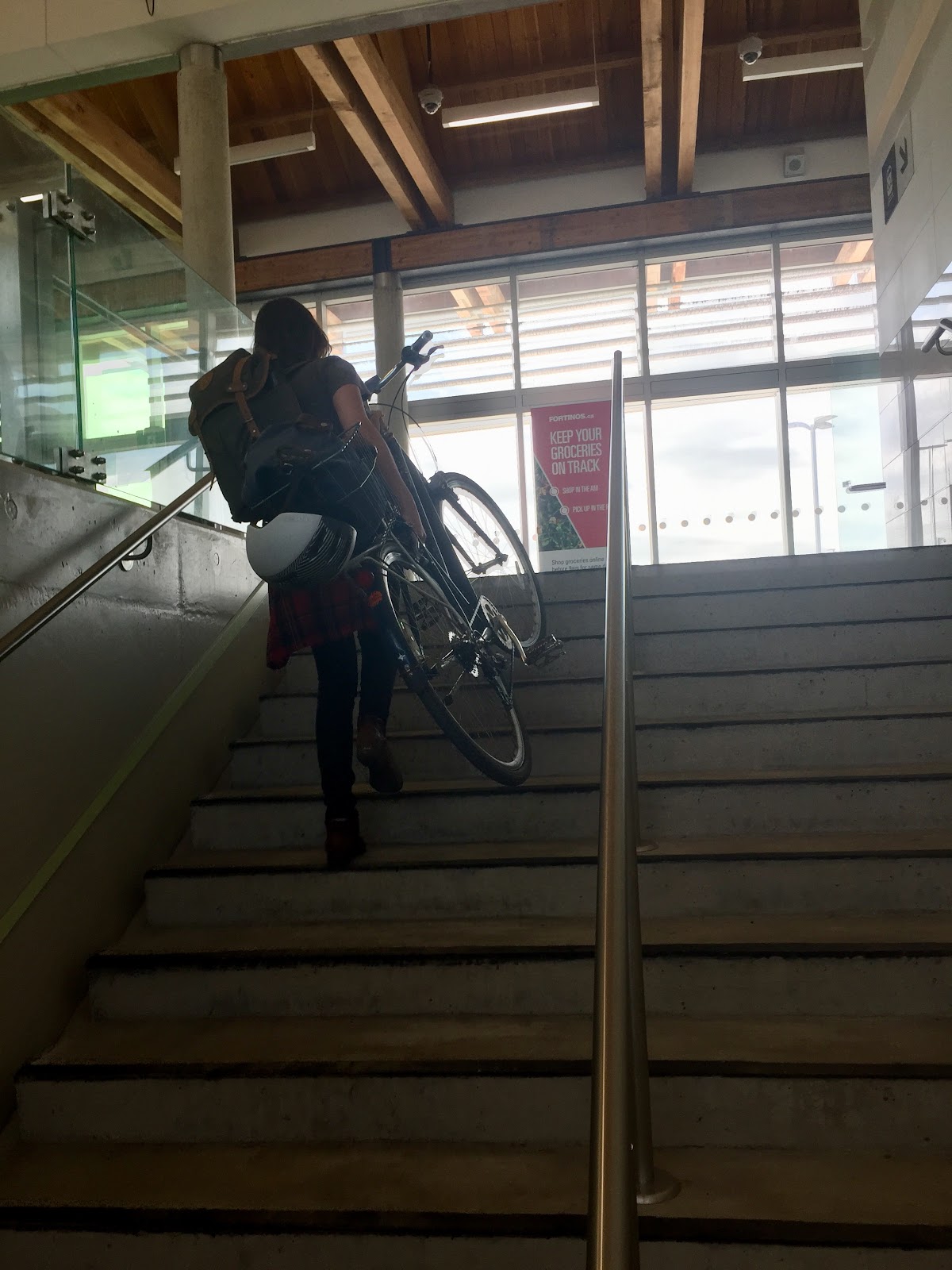 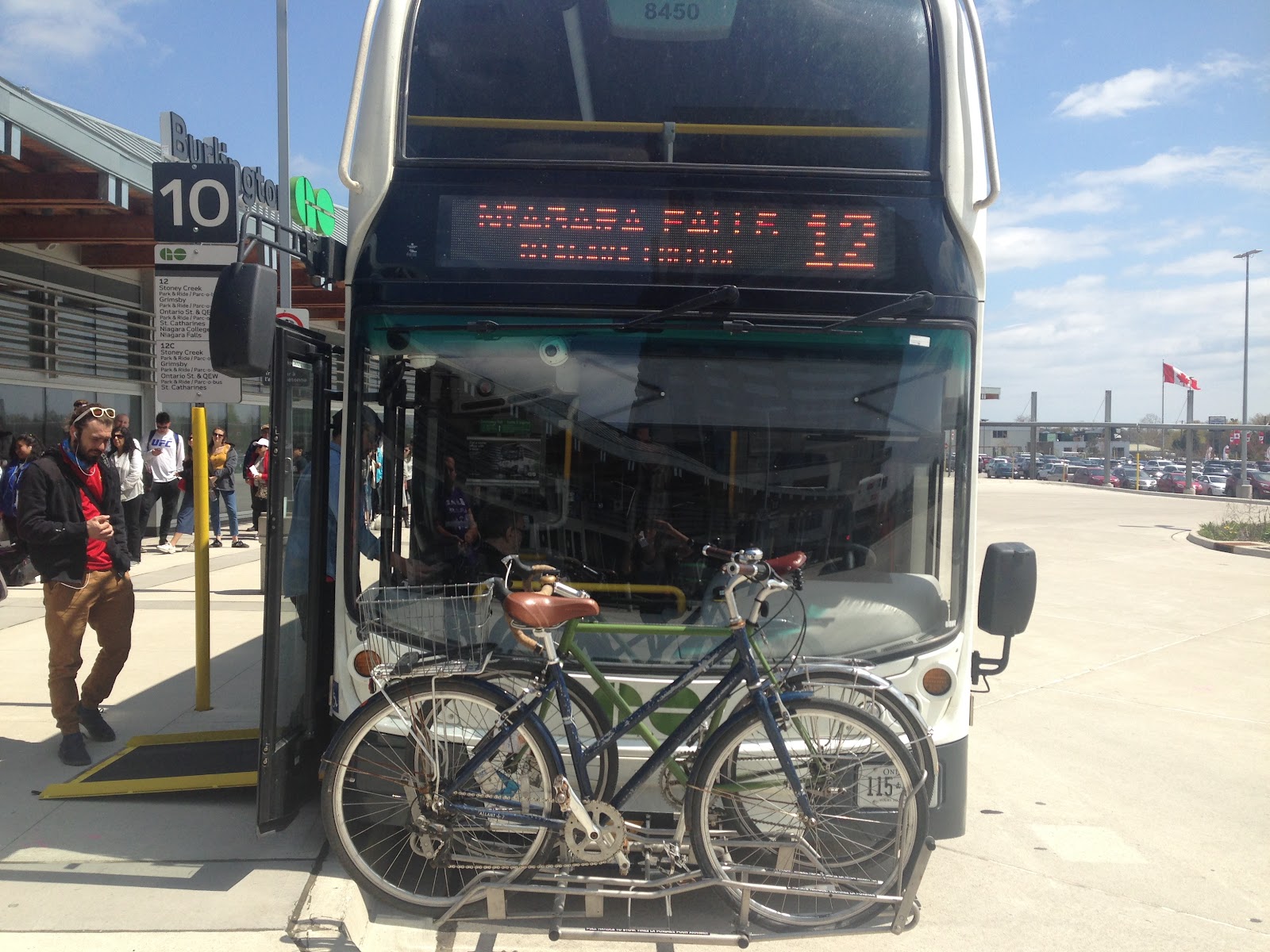 After getting off the bus at the Niagara Falls GO Station, it was a short 10 minute ride to the Rainbow Bridge Canada-US border on mostly trails. There is pedestrian access across the bridge to the border, but if you want to bike across, you have to do so like a car would. This would be a good bike lane advocacy project! Luckily, there was no traffic and the view of Niagara Falls while biking across was spectacular. 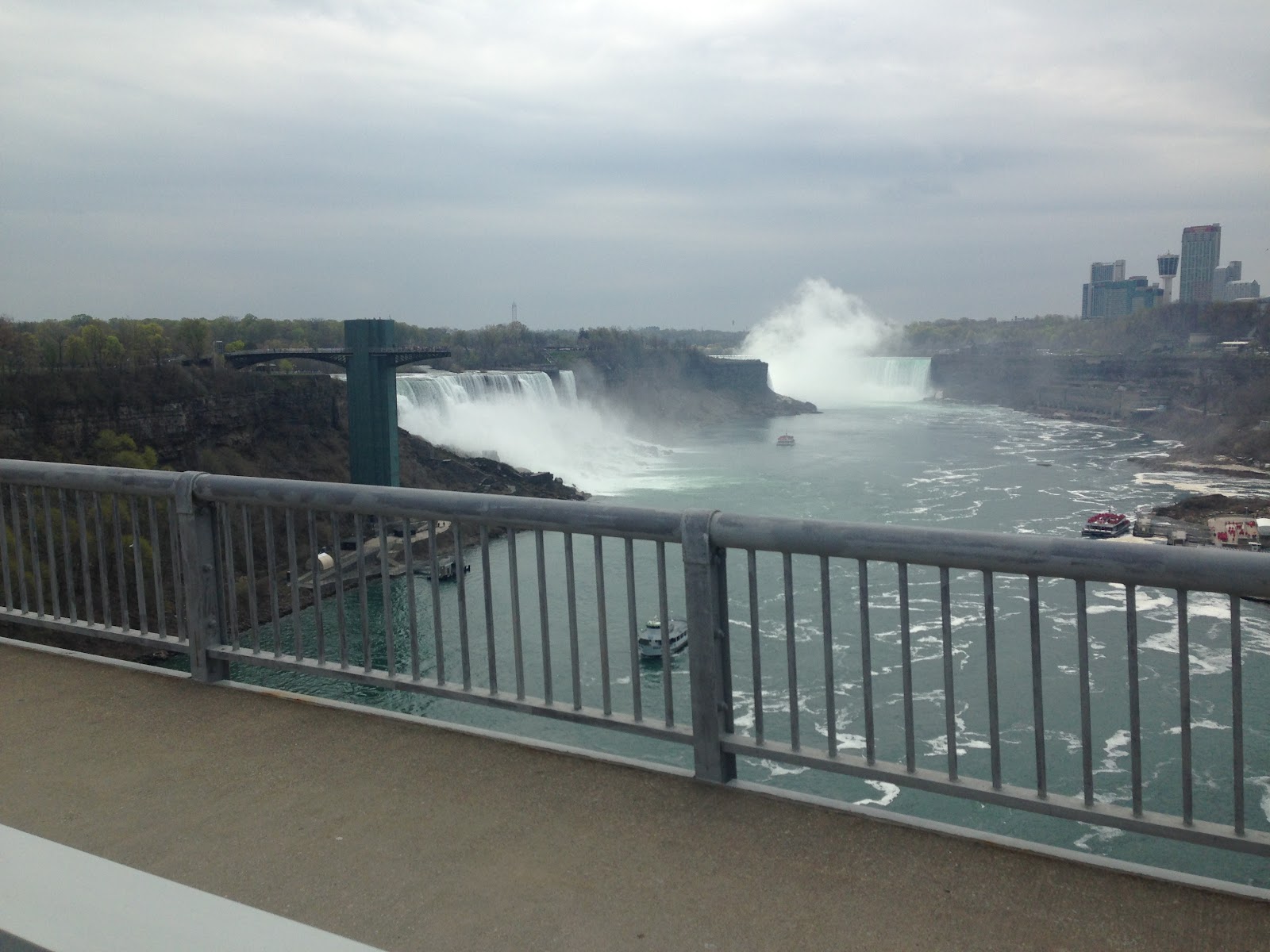 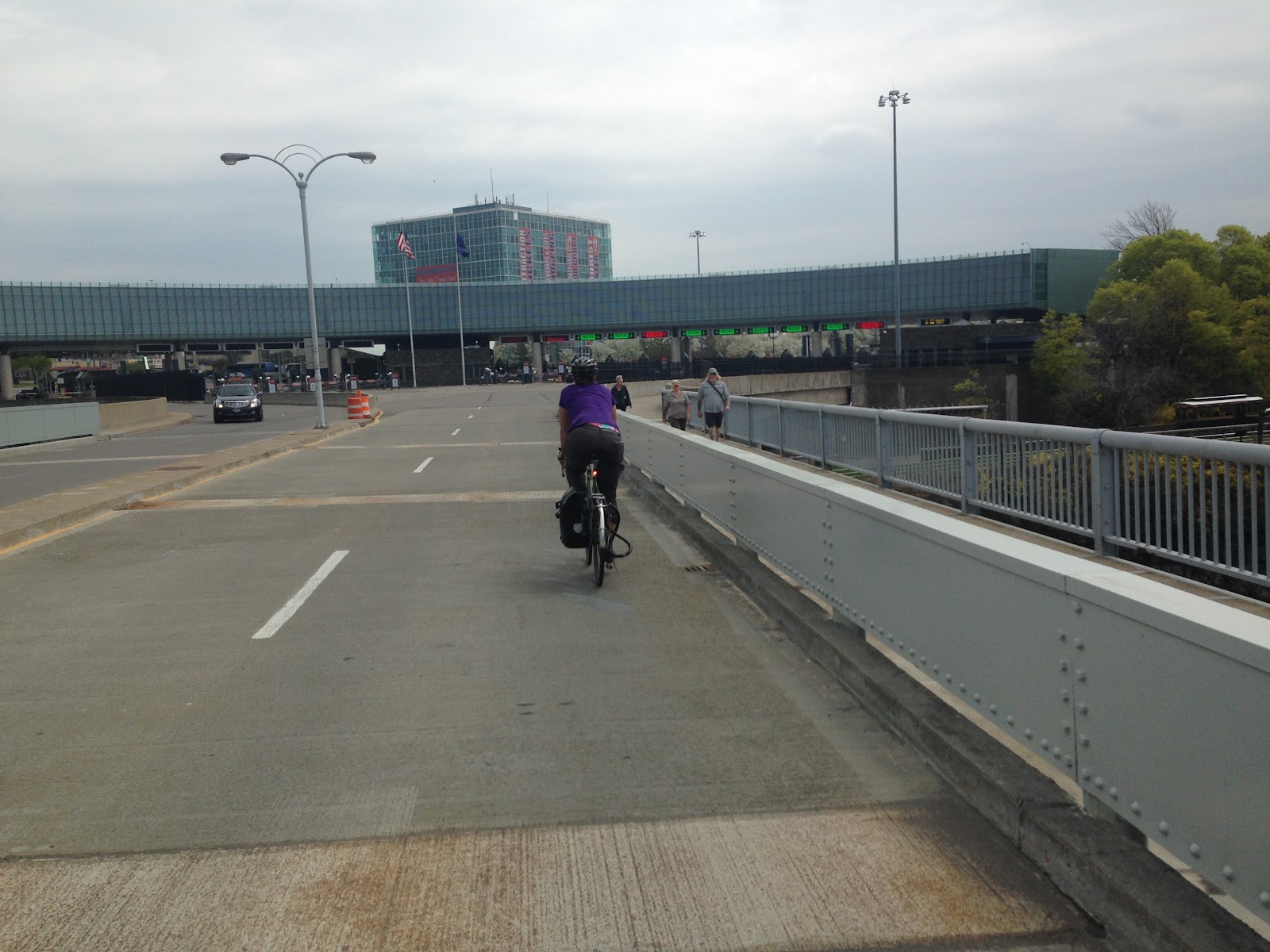 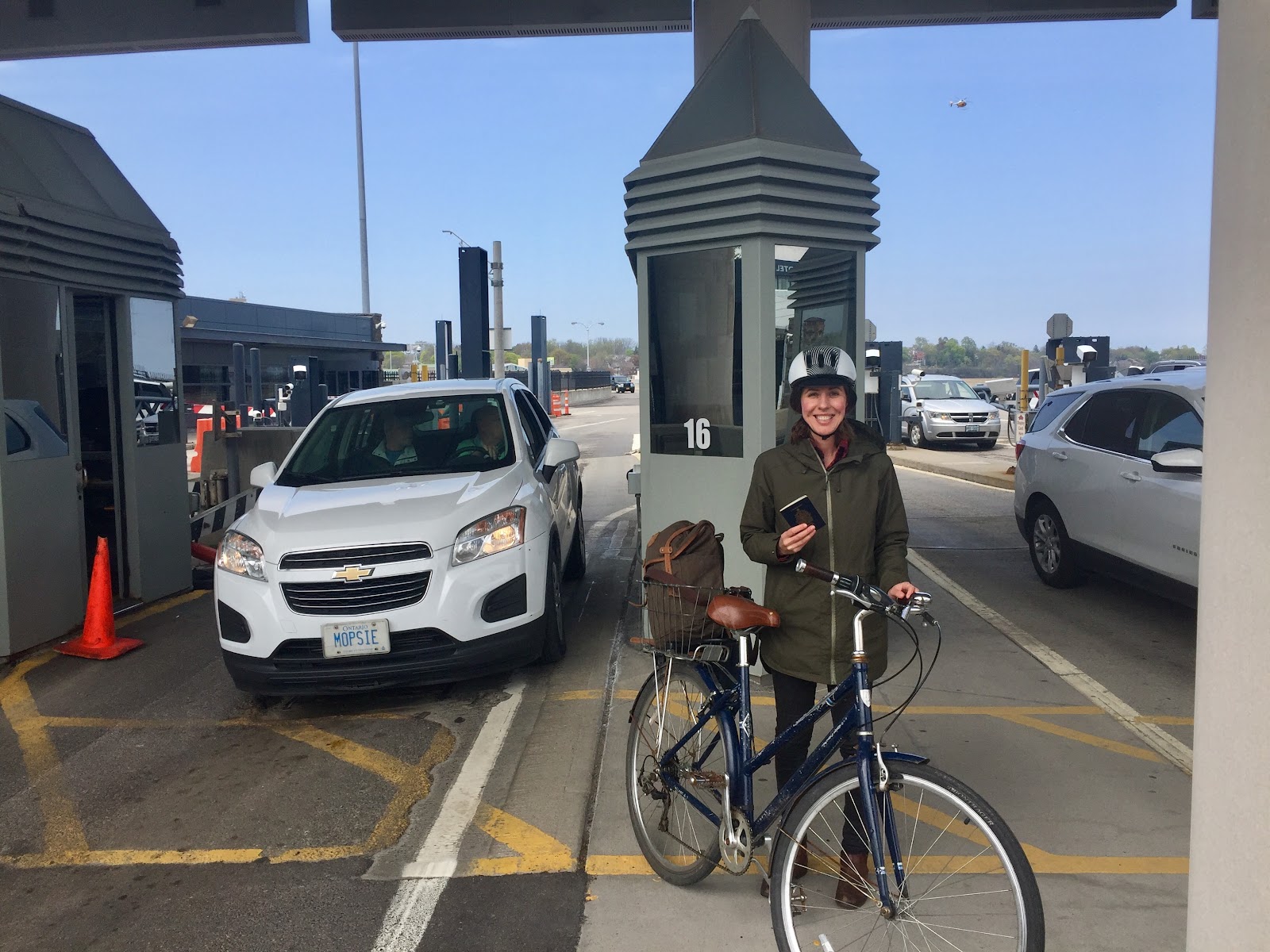 Once we made it across the border, we decided to grab lunch at the restaurant in Goat Island State Park and see Niagara Falls from the American side. I highly recommend visiting this island if you have the chance! 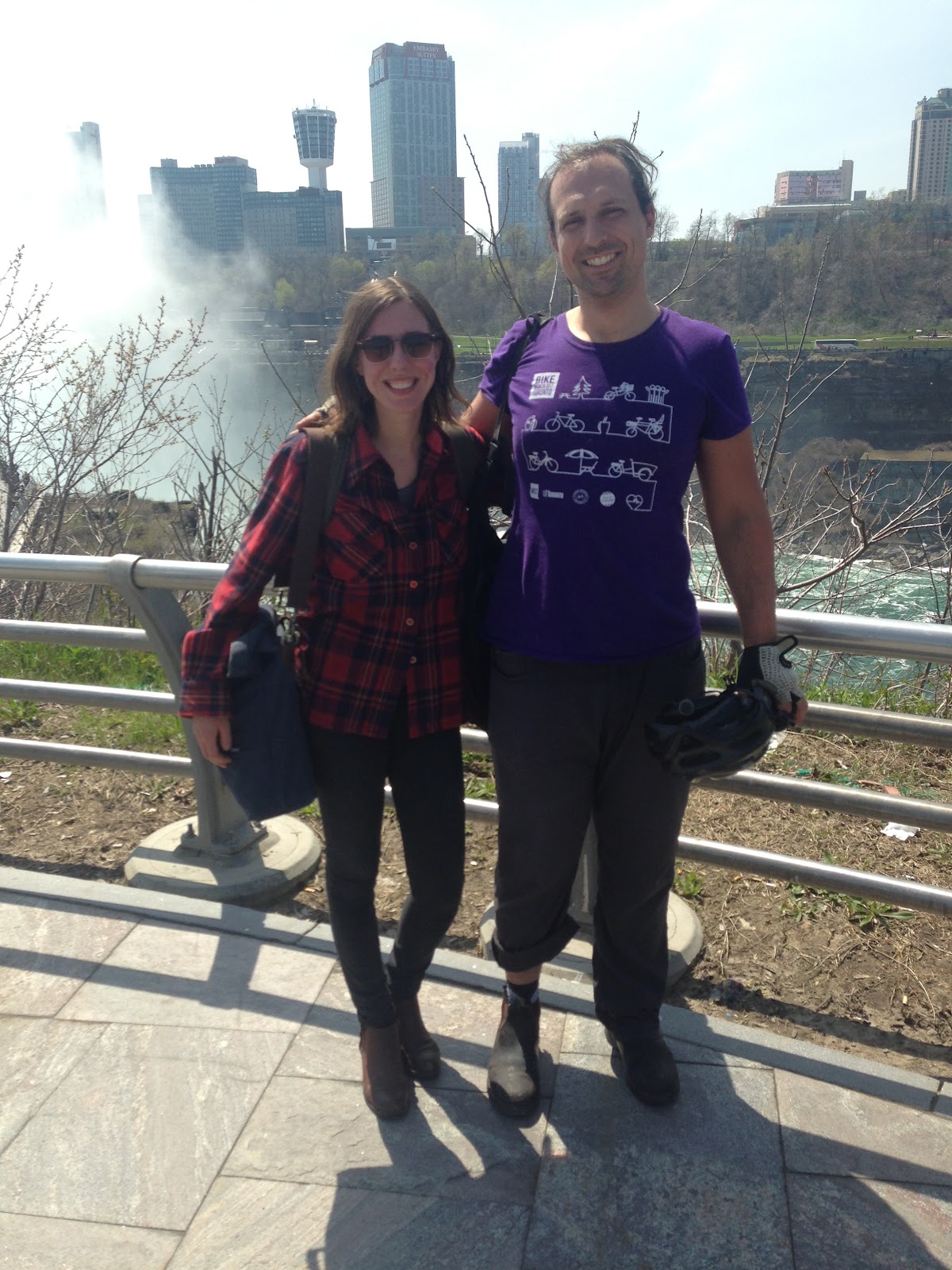 From there we biked along the Niagara Scenic Parkway which provides separated bike paths the entire way. 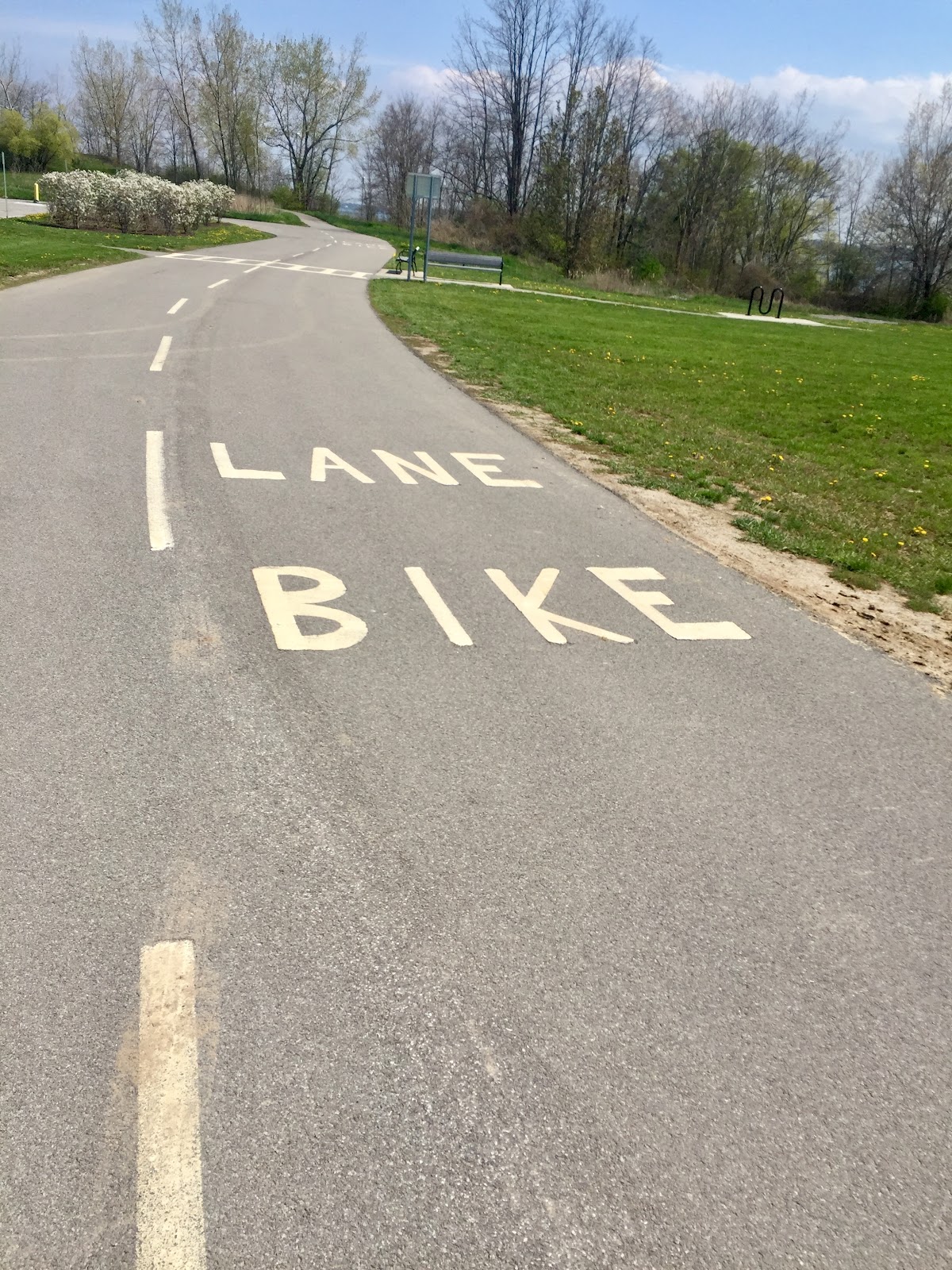 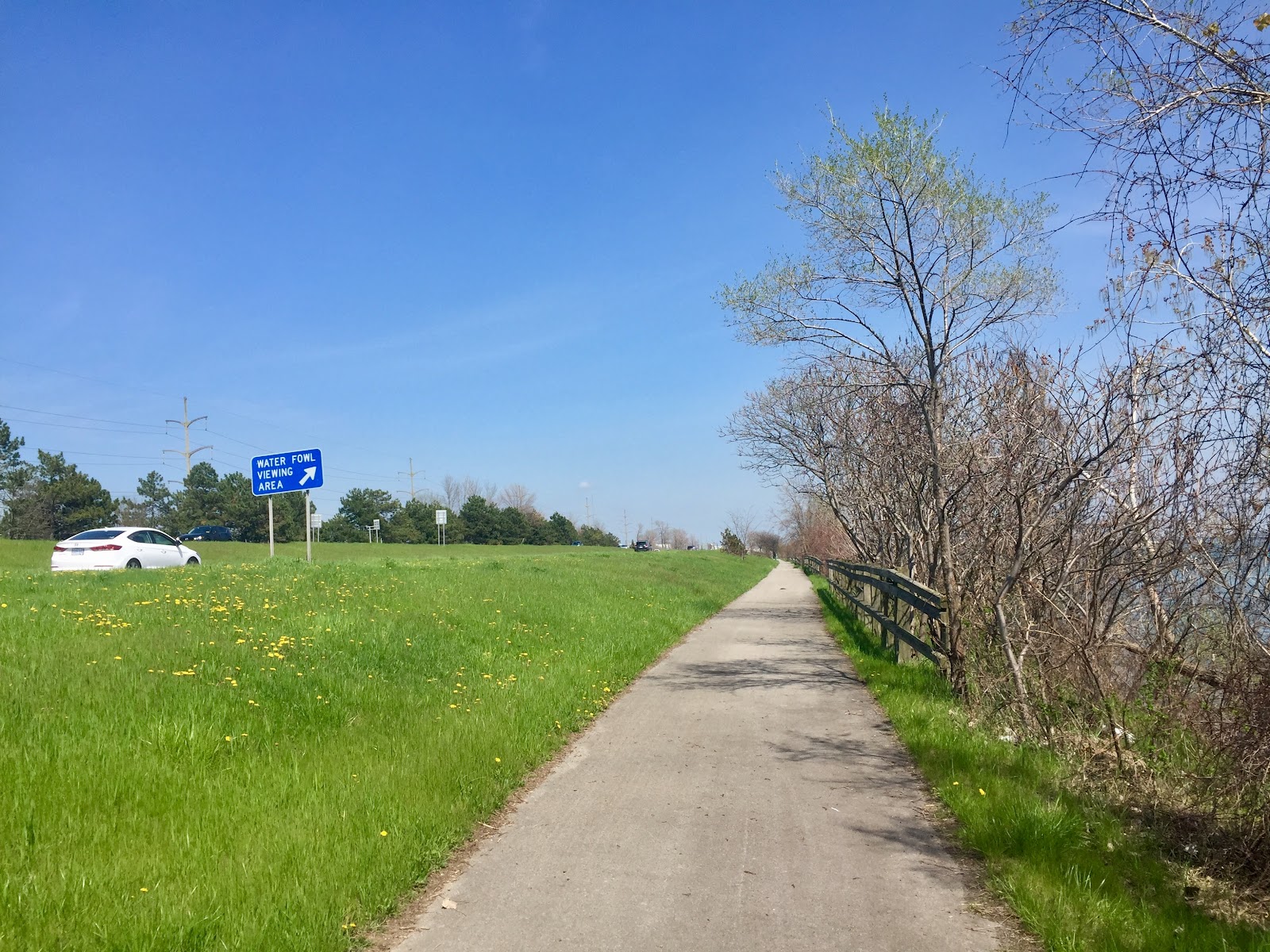 The trickiest part was figuring out how we’d get to Buffalo without biking the whole way on some sparse and sketchy highway road. We would have taken the Amtrak the rest of the way but you can’t take your bike on-board without boxing it on this stretch. But we were in luck! There is a local bus that starts at the U.S. side of Niagara Falls and takes you and your bike all the way to downtown Buffalo for just $2.00 USD! Rather than getting on in Niagara Falls, we biked the riverfront path until we hit the I-90 Highway bridge, then hopped on the 40A bus, which runs every hour. 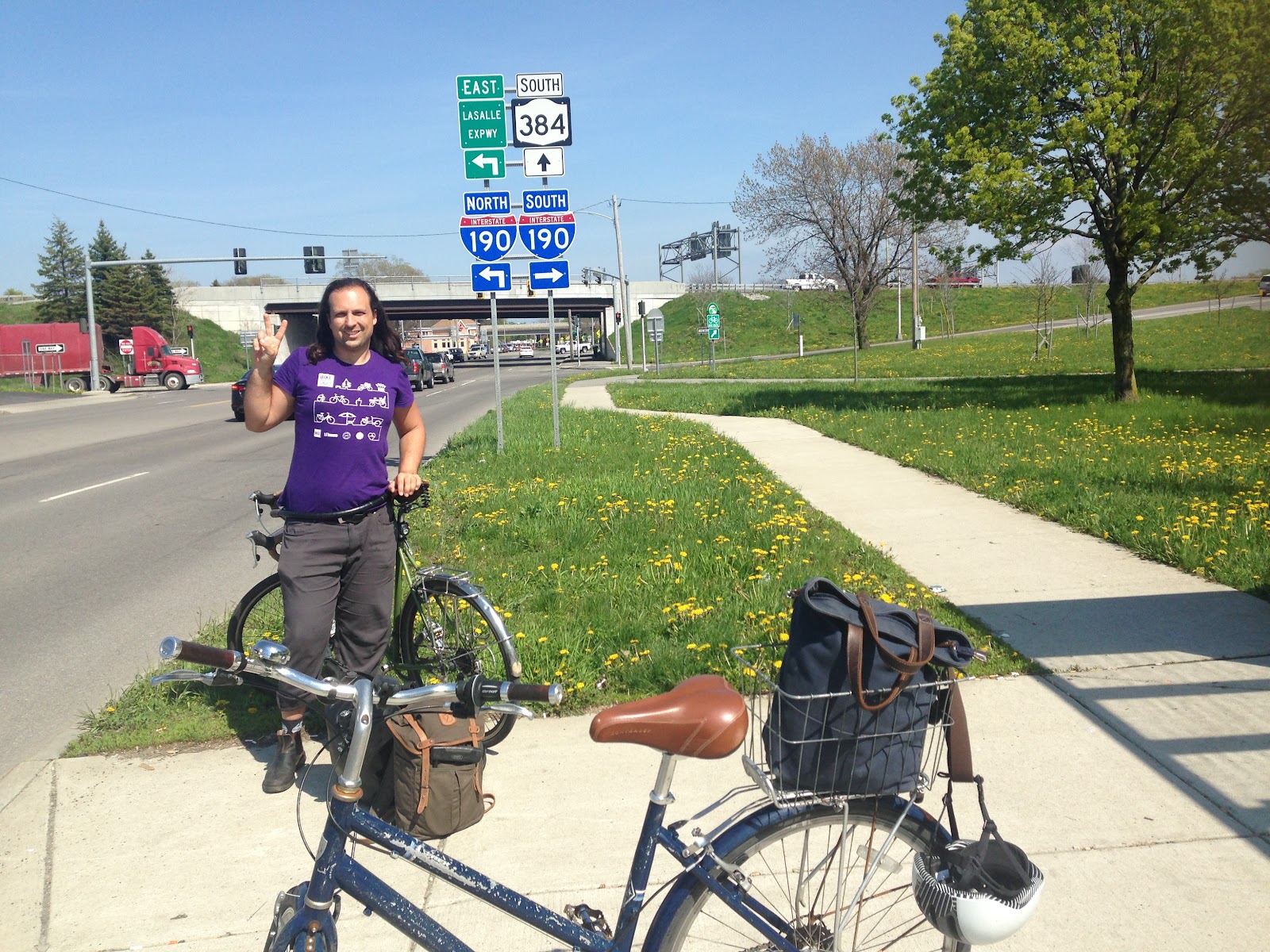 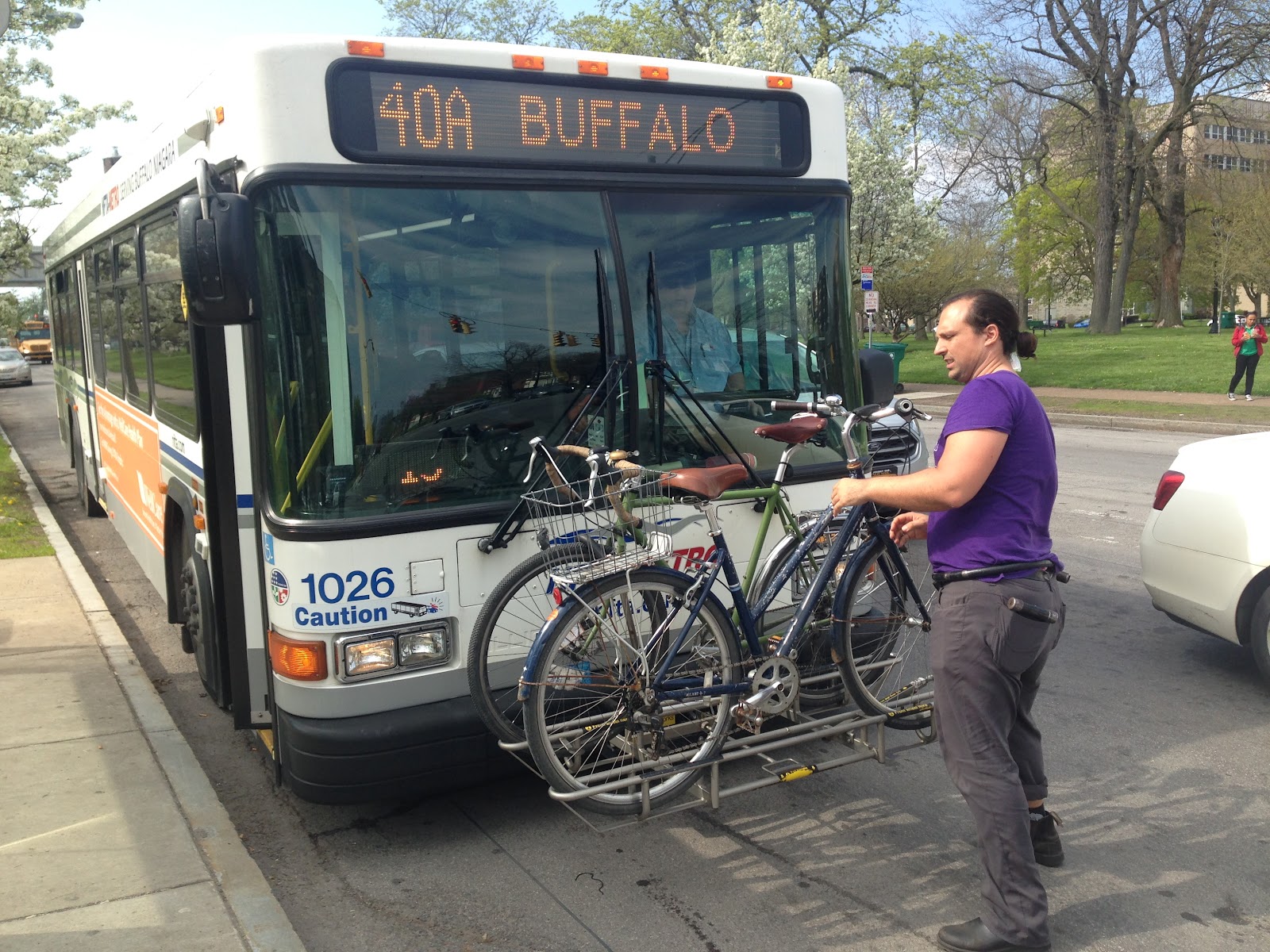 We made it! The whole trip took us about 6 hours with stops and lunch (probably about 4 without). Buffalo was a great place to bike around in, and I know we’ll be back soon! 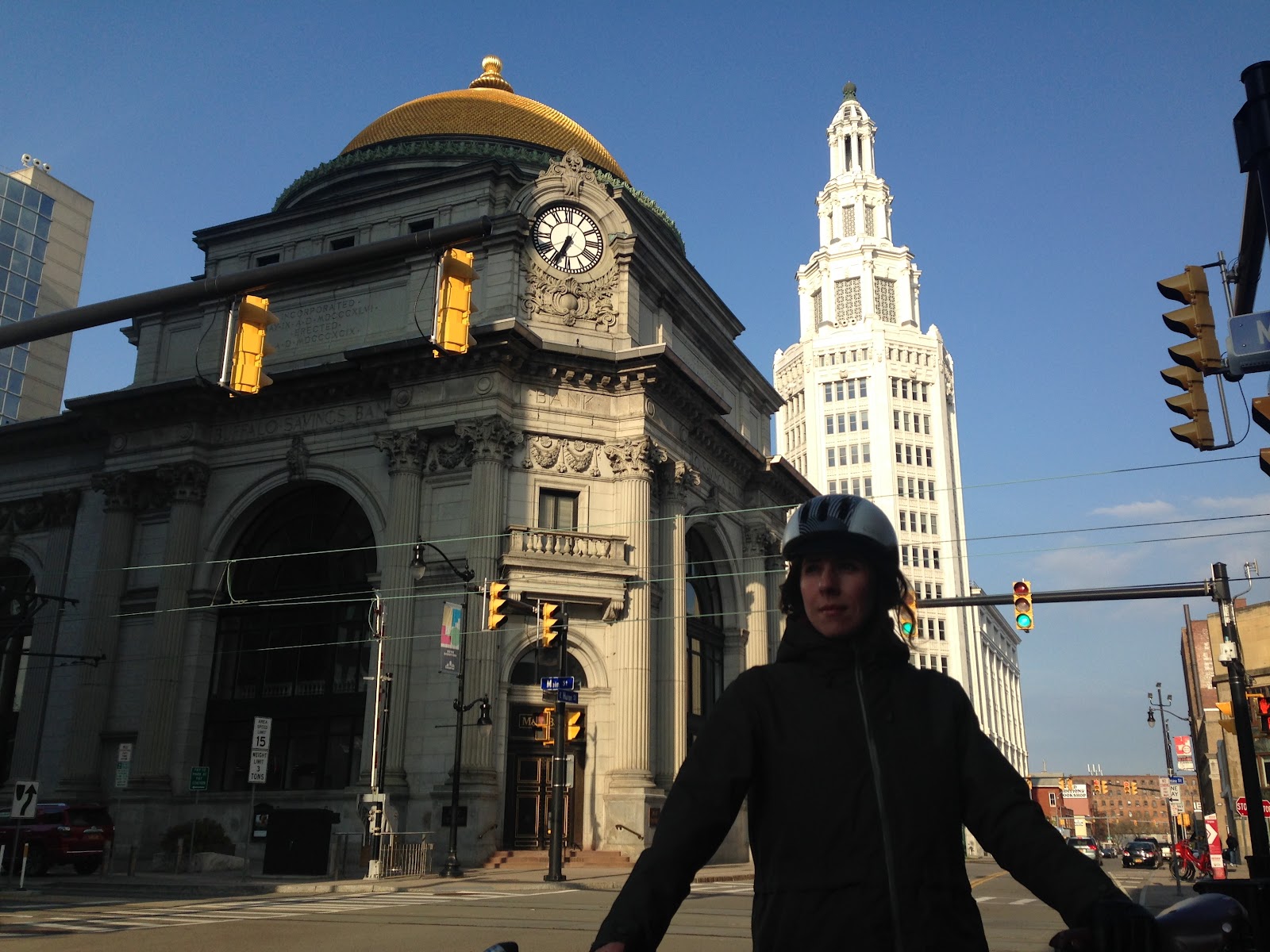 If you want to check out my route, you can find it here: